The intervention project for the disused industrial area “Ex Pietra” is developed through contrasts. Firstly, the horizontality of the commercial construction identified by the verticality of the 18 floor buildings which surround it, hosting various functions such as: the World Trade Center, and the hotel. These buildings are defined by a simple form and as transparent volumes that rise from the sloping public space, which must be interpreted as a sort of garden square – where the aggregation of public spaces are integrated by the design of the green and the parking, merging into a common composition. The proposal is concluded by the design of an 18 floor tower.
The design of the public space becomes the unifying theme of the urban design of the intervention. The system design can be traced back to three main elements: a front built along the street, a series of artificial slopes above the ground level and a system of fences at the ground level (the squares and the green system).

Light plays a crucial role: the daylight penetrates and diffuses into the transparent volumes and the artificial light generates a halo around the square, the night turning the buildings into light signals. 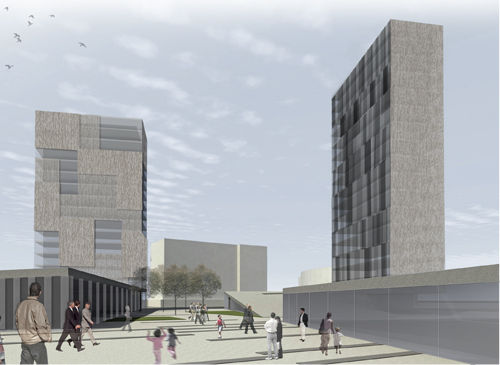 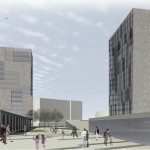 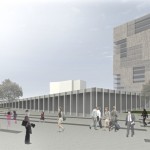 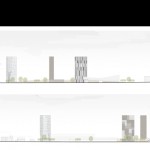 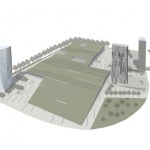 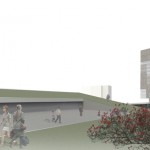 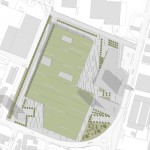