The project involves the construction of a temporary pavilion, for publicity and information concerning ongoing and envisaged projects initiated by the Mobility Company of the City of Brescia.

The project was born, in formal expression and size, from some reflections made on the site. The first refers to the “signs” of the historic city, in particular: the inclination of the Grand Theater with respect to the eastern portion of the Course Zanardelli, a hinge that marks the street’s change in direction, and the offset between the first part of the western front of Course Zanardelli and the next one. The second is related to the presence of some plantings, including a particular one constituted by a large Rhododendron, that was considered appropriate to maintain. Starting with these clues, the composition that is derived on the one hand centralizes the role of the Rhododendron, which is incorporated within the perimeter of the Pavilion and is transformed into a sort of “patio”, on the other hand defines the oblique wall facing the main Course and placing it in continuity with the inclination of the theater, in similarity with the front’s offset.
This creates a volume composed of a double space system, one internal and one external. The first, with a surface of 36.00 sqm, being the information point where an information-desk and computer stations are located, and where the consultation and exhibition of projects on different media (paper, maquettes, videos, etc.) can be hosted. The second, outside the area of approx. 23.00 sqm is the arched space where it’s possible to receive information through graphic representations on the east-facing wall and the glass wall along the northern side. 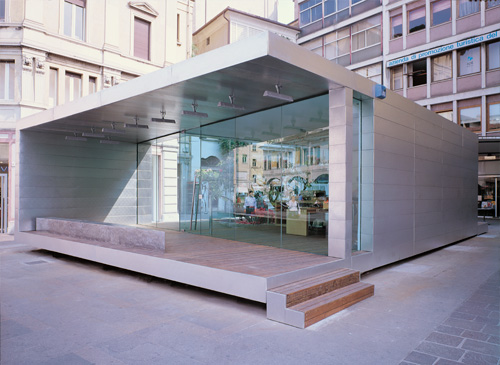 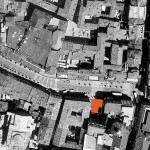 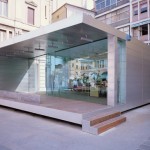 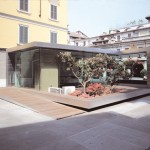 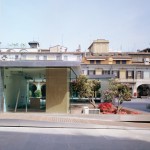 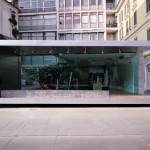 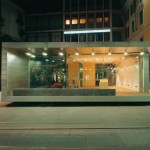 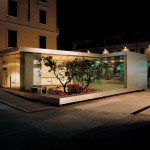 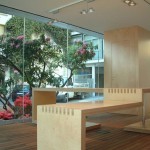 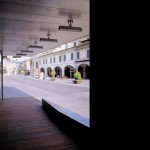 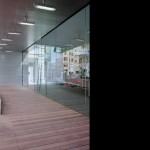 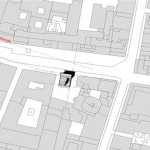 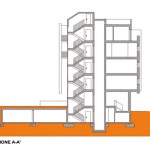