CONGRESS CENTRE AND MUSEUM OF INDUSTRY

The area covered by the transformation is behind the historic city center of Brescia that was charcterized by the presence of a strong signs of the pre-existing industries. The design program is the creation of the Museum of Industry and Labour and a conference center.

The disused industry becomes part of the new museum, hosting the exhibition hall: the shed structure is enclosed within a volume of black bricks and it becomes the focus of the visit, in which the structure is the exposure. A second horizontal element delimits the original structure, containing the accessory functions, the entrance hall and the bookshop. In the basement is placed the library.
The convention center occupies the south of the area and it’s related in a direct dialogue with the museum, using the same materials and a common language, played on the intersection between the glass volume with the six conference rooms and a low volume with a square base, rotated  to the previous one that was including the ancillary services.
The public spaces are equipped with numerous rest areas, a planted area, a shelter and their also provide a large green area, a continuation of a park planned in an adjacent project . 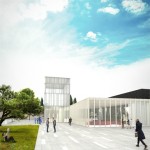 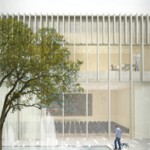 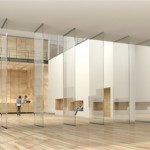 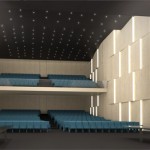 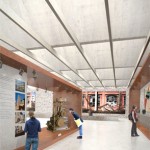 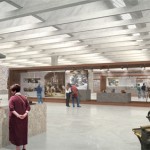 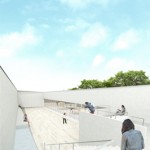 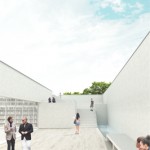 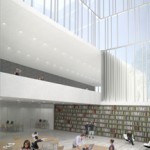 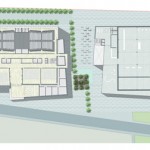 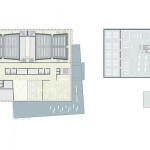