Situated at the limit of the ancient core of Castendolo, a village on the hills situated south of Brescia, the building develops along an ancient stone wall which constituted the fence for the property of a noble palace.

The closeness of the project to a new future road determined a building intervention directed towards favoring an inclusive choice that should not expose the lodgings to the exterior.

The low cost intervention presents a sequence of five small lodgings designed with a plan that places in relationship the kitchen-dining room to a space that leads to the bathroom and the bedroom, thus creating two small courts in the sequence of the parts: in the first court the glass sitting room opens towards an external place, establishing visual and physical continuity between the interior and the exterior, enlarging the space through a canopy as well, while the second court presents itself as a secondary space accessible from the kitchen.

In order to identify the street front, a canopy connects the roof and the horizontal surface, detaching from the soil, revealing a wooden tape whose continuity is rhythmed by suspended wooden cubes, acting as a filter to the internal court and used as small deposits.

The use of brick treated with leveled colored malt for the walls ,and the use of Siberian larch for the depot cubes and canopies translates the models of the local rural architecture in a performance which does not want to be mere historicist interpretation. 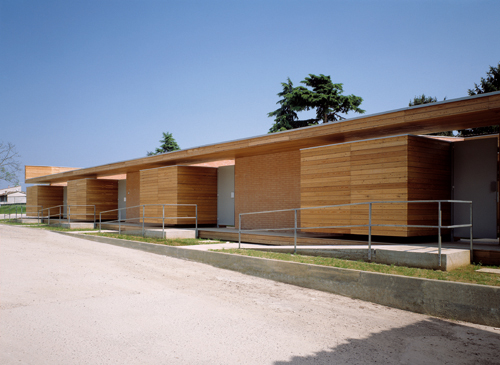 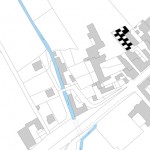 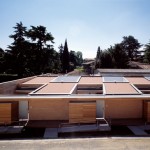 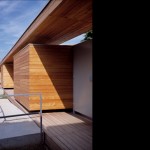 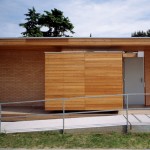 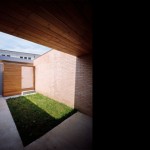 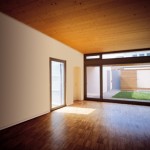 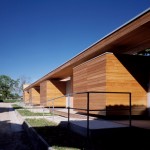 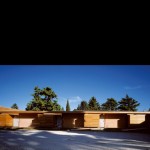 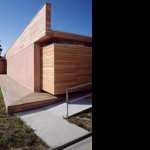 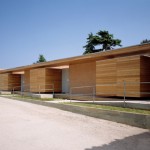 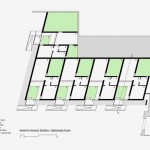